Bob Varsha out of NBC Booth for next year 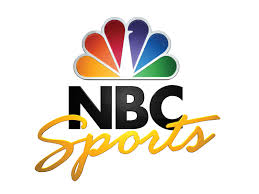 NBC Sports has confirmed its announcers’ lineup for its coverage of Formula 1 races beginning next season, hiring three veteran talents from SPEED – but not the same lineup that SPEED currently employs.

Veteran motorsports voices Leigh Diffey will serve as play-by-play man for both NBC Sports Network’s F1 and IZOD IndyCar Series coverage. David Hobbs (analyst) and Steve Matchett (analyst) will move over from SPEED to form the new broadcast team for the NBC Sports Group’s F1 coverage, which begins in March 2013. Additionally, Diffey will call IZOD IndyCar races on NBC Sports Network, following the retirement of legendary motorsports voice Bob Jenkins at the end of this season.
Diffey, Hobbs and Matchett bring continuity to NBC Sports Group’s F1 coverage, as all three have worked together for several years on SPEED’s coverage of the circuit. Diffey is a longtime F1 voice who has called the series both in the U.S. and internationally, as well as covering Grand-Am, ALMS and NASCAR events.

“We are privileged to add not one, not two, but three experienced and respected voices to our Formula 1 coverage,” said Sam Flood, Executive Producer, NBC Sports and NBC Sports Network. “Leigh, David and Steve are all gifted storytellers, who live and breathe F1. They will educate viewers with their unique perspectives, which have been formed from longtime careers spent either behind the wheel, in the pits or in the booth.”

This entry was posted in Industry, Photography, Racing and tagged F1, mymotorways, NBC. Bookmark the permalink.