Rolls-Royce has confirmed that its new two-door coupé, the Wraith, will be
unveiled at the Geneva motor show in March. 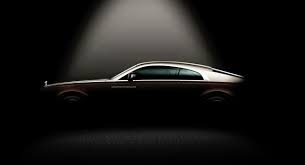 Rolls-Royce, the British luxury car maker, has confirmed that it will unveil an all-new model at the Geneva motor show in March, called the Wraith.

A two-door coupé version of the Ghost, the Wraith is said to be the most powerful and dynamic Rolls-Royce production car there’s ever been. It is rumoured that its V12 engine will produce in the region of 600bhp.

So far two “teaser” images of the car have been released. A side view shows a “fastback”-style profile; a rear view suggests a similar look to the Ghost saloon, with the addition of large exhaust tailpipes at either side of the car. 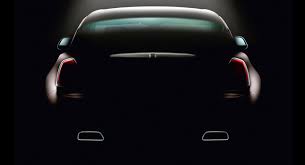