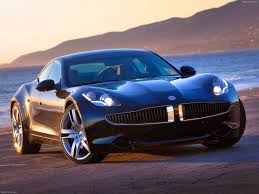 With his eponymous battery-car company facing increasing turmoil as  it struggles to survive a trouble launch and increasing financial  problems, Henrik Fisker has resigned as executive chairman of  California-based Fisker  Automotive.

In a terse statement, the executive cited “several major  disagreements” with members of the small carmaker’s senior management  team over its ongoing business strategy. It is unclear if that  references reported plans to find a partner and possibly sell a  controlling stake in the firm to one of several Chinese automakers  linking to the Fisker company. 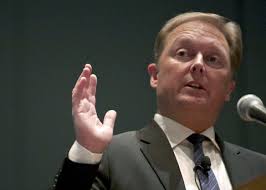 After tendering his resignation, Fisker sent out a note to a small  group of media, including TheDetroitBureau.com, in which he stated that  effective immediately he “has  resigned from Fisker Automotive as  Executive Chairman, and has left the company. The main reasons for (my)  resignation are several major disagreements…with the Fisker Automotive  executive management on the business strategy.”

Fisker Automotive has been struggling to  generate the necessary capital to both keep its current operations  running and to complete the development of the company’s second and  perhaps most critical model, the mid-range plug-in hybrid Fisker  Atlantic, first shown to the media prior to last year’s New York Auto Show.

Fisker Automotive has been in a financial crunch ever since the  Department of Energy decided to block distribution of most of a  previously negotiated, $529 million federal loan. That left the maker hundreds of millions of dollars short of what it needed to finish development of the Atlantic.

Complicating matters has been the slow ramp-up of production and  sales of its original product, the Fisker Karma. Due to various issues,  production of that plug-in has been on hold for months. The Karma has  also been the subject of several recalls.