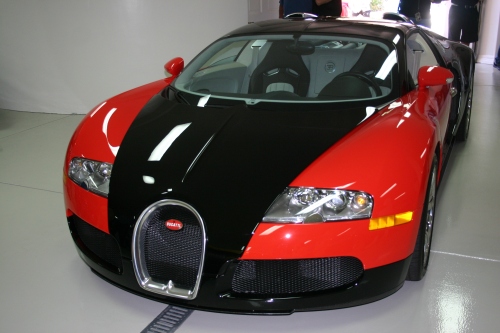 Between Audi, Porsche, Lamborghini, Bentley and Bugatti, the Volkswagen Group has no lack of prestige marques under its umbrella. And while some of these marques may produce models that compete against each other, each seems to be profitable enough in its own right to justify its existence. But what about Bentley and Bugatti? Surely these marques cater to the same customers, right?

Not according to their shared CEO. “The clientele between Bentley and Bugatti is remarkably different,” saidWolfgang Dürheimer in an interview with Bloomberg. “The Bentley customer on average owns 8 cars. The average Bugatti customer has about 84 cars, 3 jets and 1 yacht.”

With only about 20 units left to go, the Veyron is about to roar off into the sunset, after which Bugatti will introduce its replacement sometime late next year or early in 2016. The Alsatian marque is reportedly working on three different versions, and the final design – thanks in no small part to a hybrid assist – is expected too pack some 25 percent more power than the 8.0-liter quad-turbo W16 in the current Veyron, which produces 987 horsepower in standard form and 1,184 hp in the Super Sport and Vitesse models.