Between Audi, Porsche, Lamborghini, Bentley and Bugatti, the Volkswagen Group has no lack of prestige marques under its umbrella. And while some of these marques may produce models that compete against each other, each seems to be profitable enough in its own right to justify its existence. But what about Bentley and Bugatti? Surely these marques cater to the same customers, right?

Not according to their shared CEO. “The clientele between Bentley and Bugatti is remarkably different,” saidWolfgang Dürheimer in an interview with Bloomberg. “The Bentley customer on average owns 8 cars. The average Bugatti customer has about 84 cars, 3 jets and 1 yacht.”

With only about 20 units left to go, the Veyron is about to roar off into the sunset, after which Bugatti will introduce its replacement sometime late next year or early in 2016. The Alsatian marque is reportedly working on three different versions, and the final design – thanks in no small part to a hybrid assist – is expected too pack some 25 percent more power than the 8.0-liter quad-turbo W16 in the current Veyron, which produces 987 horsepower in standard form and 1,184 hp in the Super Sport and Vitesse models.

Car and Driver reports that McLaren’s new entry-level supercar will be built in three body styles and launch in the second half of 2015 as a rival to the Porsche 911 and Audi R8.

Referred to internally as the “P13“, the actual name of McLaren’s has yet to be confirmed. What is known, however, is that it will share its carbon-fibre chassis with the 12C and 650S, and be powered by a detuned version of the 3.8 litre twin-turbo V8 used by those two cars.

As with other McLaren models, a twin-clutch automatic transmission is expected to be the only gearbox available.

And besides the expected coupe and convertible versions, it will be offered as a fast-backed “GT” variant, with an insulated luggage compartment above the mid-mounted engine.

According to Car and Driver’s insider, the GT variant is expected to pick up the bulk of sales and will “look more like an E-type than the Jaguar F-type does”. As for pricing, it’s expected to start from $130,000 in the USA.

Love the exhaust notes on the new LaFerrari, captured here on the Maranello test Track…

What is a Citroen Survolt? 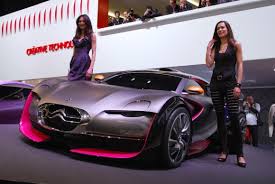 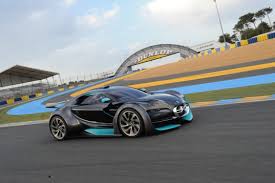 For the new PlayStation 3 racing game Gran Turismo 6, the Mercedes-Benz
designers have developed the visionary concept of a super sports car – the
Mercedes-Benz AMG Vision Gran Turismo. Extreme proportions, sensual contours and
intelligently implemented high tech blend to form a body that visually brings to
life the breathtaking performance of 430 kW (585 hp) and 800 Nm of torque. As a
1:1-scale model, the Mercedes-Benz AMG Vision Gran Turismo is celebrating its
world premiere on 19 November 2013 at the opening of the new Mercedes-Benz
Research & Development Center in Sunnyvale, California. The super sports car
with its hallmark Mercedes gullwing doors will be taking to the virtual
racetrack when the new racing game goes on sale in December 2013 – as the first
of the “Vision Gran Turismo” series of vehicles.

To mark the 15th
birthday of the popular Gran Turismo series this year, Kazunori Yamauchi,
Producer of Gran Turismo series and President of Polyphony Digital Inc., called
upon the world’s leading automotive manufacturers and design studios to look
forward into the future. Using the theme “Vision Gran Turismo”, these creative
teams were to develop concept models which give a unique insight into the
further development of the automobile. As virtual vehicles that nonetheless
function just like a real car, the visionary concepts will be gradually unveiled
in and integrated into the new game Gran Turismo 6 through online
updates.

The sports car proportions that are a
typical Mercedes feature have been reinterpreted: the long bonnet has a flowing
transition into a compact greenhouse offset to the rear, which takes the form of
an aerodynamically efficient water drop to descend slightly at the rear, where
it rests on the rear end with broad shoulder contours. The dynamic aura is
accentuated by an extended, dramatic side contour and a pronounced bulge to the
wheel arches, which blend into the low-slung, muscular bodyshell. The angled
headlamps, with their colour scheme and determined look, convey a sense of
sportiness and readiness to leap forward. This impression is reinforced by the
bonnet with its expressive forms and motorsport details, such as the release
catches on the bonnet and the fuel cap, for example. The red-glowing contour
lines on the lower part of the vehicle create an effect similar to that of
exterior ambient lighting and stand out from the silver-painted bodywork. This
makes the Mercedes-Benz AMG Vision Gran Turismo look even more aggressive.